CityLink is pleased to share that Greater Peoria Mass Transit District (GPMTD) Board Trustee Sharon McBride has been selected as the 2020 Outstanding Public Transportation Board Member by the American Public Transportation Association (APTA). McBride has served on GPMTD Board of Trustees for more than 23 years, first assuming her role as Trustee on May 5, 1997. She represents West Peoria and is appointed by the Township Supervisor.

McBride has been involved with APTA since she assumed her role on the GPMTD Board of Trustees. She previously held an elected office on the APTA Executive Committee Board of Directors, and as part of the Executive Committee, she served on the Pension Board. She also served on a past APTA nominating committee, the by-laws task force and as a planning committee member for the combined Transit Board Management/CEO meeting.

“Sharon McBride has shown exemplary advocacy and dedication for public transportation and the local Peoria community during her tenure on the GPMTD Board of Trustees,” said GPMTD Board Chair Art Bell. “The knowledge she has gained from her years on the Board and her involvement in APTA have been a consummate benefit to the board and the services provided by GPMTD,” continued Bell.

McBride had an extensive career at Bradley University during which time she mentored many students utilizing her master’s degree in counseling. She also mentored students during her years teaching a Technical Communication course at Illinois Central College.

“I had the pleasure of knowing Sharon McBride during my time at Bradley University when she was a guidance counselor to a group of female engineering students,” said Nuria Fernandez, General
Manager and CEO for the Santa Clara Valley Transportation Authority and current APTA Executive Committee Chair. “Since then, through our respective roles in public transportation, I have witnessed Sharon’s unwavering commitment to our industry by serving in leadership positions on the GPMTD Board of Trustees and representing GPMTD in her involvement with APTA. She is a true champion for public transportation,” continued Fernandez.

The 2020 APTA Awards winners will be recognized during the association’s TRANScend virtual meetings on October 21-22, and formally honored at a ceremony during APTA’s 2021 TRANSform Conference & EXPO in Anaheim, CA on March 14-17, 2021.

APTA is a nonprofit international association of more than 1,500 public and private sector member organizations. APTA is the only non-profit association in North America that represents all modes of public transportation, including bus, paratransit, light rail, commuter rail, heavy rail, intercity and high-speed passenger rail and waterborne services. Benefits for its members include advocacy for federal funding and policies, research, technical expertise and consulting services, workforce development programs, educational conferences and seminars and 135 subject-matter working committees. 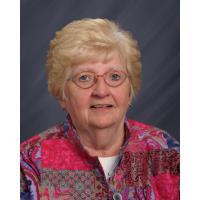